Dewey Lucero at his Olive Oil plant in the town of of Corning, CA.
Lucero Olive Oil is the result of three generations of farming and producing olives in Northern California. The rural community Corning, “The Olive Capital,” has some of the oldest olive trees in California, and many of these century-old trees continue to flourish in the Lucero family groves. Dewey’s maternal grandfather, has been one of the foremost olive growers in Northern California (since 1946 - 62 years), owning his own nursery for over 27 years. He grew a majority of the olive trees now in production in Northern California. Over 40 years ago, Dewey’s paternal grandfather started producing small quantities of extra virgin olive oil for his family and friends. His olive oil was so popular it would sell out in a matter of days. In 2005 Dewey took a leap of faith and started to develop a family label, pressed large quantities of olive oil and began to market and sell Lucero Olive Oil across California. Since then the Lucero’s have been growing and producing more and more top quality extra virgin olive oil each year...the rest is history in the making. 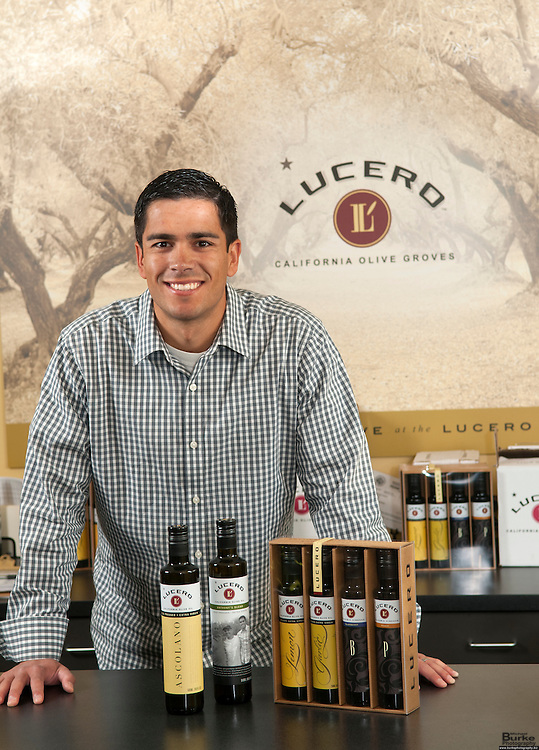